As part of our ‘Teacher for a Day’ activities, Declan and Matthew ran a Water Rocket lesson. We brought materials for water rockets so that we could get lots of people to make water rockets. the lesson went really well and everyones worked and it was very fun.

As part of our Christmas Inquiry, we are looking at the different types of Christmas Cards people send. We have decided to make our own dress up cards by using Photoshop to make us into Santas. We will be using these images on cards we will make for our families. This is an example of our teacher, Mr Huebl as Santa. 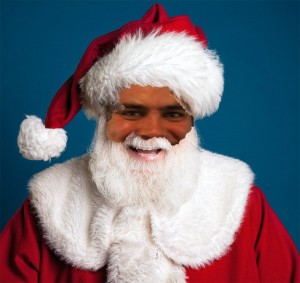 We have been creating screencasts as part of our digital citizenship inquiry. We have learned that part of being a good digital citizen is to give as well as take. We have made some instructional screencasts that we will share with others so they can learn new skills on the computer that they might not already know.
END_OF_DOCUMENT_TOKEN_TO_BE_REPLACED

Your Humanities task this week is to make a ‘FakeBook‘ account for your ingenious thinker.

You will need to pick appropriate ‘events’ from your thinker’s life and make them the posts. How others reacted to these events will be comments for these posts.

Think about what sort of information your thinker would want to share with the world if they lived in an era of social networking. What would they keep secret? Who would they be friends with?

This Prezi was made by Mrs Roper for your Cybrary lesson this week.

Please write a post on your blog under the ‘Digital Citizenship’ category and post the link here. You need to describe what you understand by Creative Commons and include an appropriately sourced image.

In science we have been inquiring into electrical circuits. Today we learned that there are parallel circuits and series circuits. In a series circuit if a light or motor blows, then it stops the whole circuit but in a parallel circuit it would continue. We were doing wet lab, dry lab with circuits when Rohan and I (Brandon) did an extension and attached a rubber to an electrical circuit’s motor. We then made a video of us using our invention to rub out a bit of writing!

We in Mr Huebl’s Classroom are mourning the UK holiday enforced 100 Word Challenge hiatus. So we are making our own stimulus so we can continue the fun and excitement of micro-writing. We have chosen the stimulus….

We will be posting the links to our posts below and we would love to see some other classes do so as well.

END_OF_DOCUMENT_TOKEN_TO_BE_REPLACED

Access this site and explore. Consider the benefits and dangers of geo-tagging. Write a reflection on what you discover and post it on your blog. Comment on this post with the URL from your blog. Consider these questions when writing your review;

1. What have you learnt about Geo-tagging? Discuss the benefits ad dangers associated with geo-tagging.

2. Write a response to the Wise Up To It Video: Jeremy’s Friend. What lessons can be learnt from Jeremy’s experience?

3. In your reflection please consider any lessons we have had this week that have added to your understanding or our Unit of Inquiry “Digital Citizenship”.

PS Please note this is a DIFFERENT task from the weekly individual inquiry posts based on this and Lauren’s Ordeal.

Your investigation this week is onto the commection between millilitres and cubic centimetres.

You may present your findings anyway you wish, but it must be recorded in a blog post. For example, if you do an experiment, record (video) the process and post that, along with a description on your blog. Alternatively, you may construct a model and take a photo of it.

So, the task is to creatively show the features of a 3D shape of your choice. You can do this however you like, and choose whichever shape you like. The only stipulation is that you need to present it as a post on your blog. Remember to categorise and tag it appropriately, and use the link to the post as a ‘comment’ below.

Any questions, see one of the Year 6 teachers!

The results we found

We have been investigating number patterns, and the phenomena that we observe. Our task was to look at a ‘square’ of dates from a calendar and investigate the sums of the dates as we added horizontally, vertically and diagonally. We found that the total sum we found was the same every time, because it was the same four numbers that we were adding together. It fooled a few of us, though!

Please look at our individual student blogs to see our own write ups.

Thank You for reading.

We have been studying different aspects of Australian Aboriginal life and looking at how they have changed because of European settlement in Australia. Our big project this term was to create an awareness campaign that would educate people about the way Aboriginals live in Australia. Here are some examples.

As a class, we did the 100 word challenge. You have to write a story that is 100 or less words long. Each week there will be a new phrase, word, sound or a picture to begin your story. Everyone is having a great time and using their imagination in different ways it is a fun activity and we all enjoy it.

Please look at our individual class blogs to read our writing!

For our unit of inquiry we are focusing on how cultures collide. Particularly we have been focusing on Indigenous Australians. A couple of weeks ago we have investigated on Aboriginal Dreamtime stories and how they have represented a significant part of their culture. Mr Huebl suggested that we could we could create our own. We all thought that this was a good idea.

We spent lots of time on reading dreamtime stories so we could understand the concept and the structure. One of our observations was that nearly all dreamtime stories are about nature and animals. We filled out booklets about the story we have comprehended. After a couple of days of investigating once we were comfortable with the idea of dreamtime stories it was time to structure and draft them. We started off with the characters, plot, moral etc. We planned it in a booklet our teacher created and then we drafted it in our writer’s notebooks. Then we went on the computer and make a digital copy. After a few days we decided to spend our technology time exploring the Internet with book publishing websites. We were so inspired we even did a hard copy one!

These are a few examples, we hope you like them!  The first is about how butterflies got their colours;

Once upon a time in the dreamtime lived a group of animals in the bush. The bush encompasses snapping crocodiles Jumping Kangaroo’s Buzzing Bees Tiny ants and many other animals. But some of them were very mean.

Especially the crocodile, kangaroo, a bee and the small ant. They used to pick on the beautiful colourful bird,

named Mimi Ali. Mimi Ali was so beautiful and every one was jealous of her. One day a beautiful butterfly came into the forest, being very lost and very sore from crawling around all day on the warm bush surface. Back then butterflies had no wings, only a small fragile body and had at least ten small little legs. Her name was Dora. After a couple of years, Dora and Mimi Ali became very close friends. They had an unbreakable bond,  because they had lots of things in common, including being bullied by the mean animals. They were used to the bullying. Until one day, the butterfly spotted Mimi Ali being bullied. The butterfly came up to the Crocodile, the kangaroo the bee and the small ant.

“Stop!!” the butterfly exclaimed.  “STOP! STOP! You are just jealous of Mimi Ali. Stop right now!!!”The other animals were so scared of her big voice which had displayed her anger as well as her bright red cheeks; they all scurried and run away from Mimi Ali and the butterfly. Butterflies don’t have a big voice anymore because Dora had used her voice, and had lost it.

This is the reason why butterflies don’t have their loud voices any more like they use to. One day the bird was just about to die. The bird said to the butterfly, “When I die, I will give you my beautiful bird wings. They may be big on you at first, but they will shrink onto you the next day. I want you to be happy and be able to fly away from the mean animals you may face. Thank you.” Mimi Ali suddenly died, but the butterfly felt alive, and flew away to a happier life. ©

This is another that talks about how rainbows are made…

A long, long ago set in the dreamtime in Maningrida happilylived a flock of birds. The birds had many different kinds ofbreeds of birds, there are Weebill’, Emus, Passerines, petrelsand many more. The colourful birds with unique patterns filled the air, ground and the trees. In Maningrida, the birds had a system that organises the structure of the day. Every day the birds had the same job and followed the same routine. The Weebill caught the worms, the petrels boiled the water and the other birds had other jobs to make the place cleaner, better and more efficient.

One stormy day the Passerines said, “This place is good, but it is boring” “What do you mean, “ asked the Weebil confused. The Passerines replied, “ Look, we have the same routine every day so we can keep this place clean but we needmore colour”

“ I agree, we need to have something in something colorful in the sky, so we can look at it in the day” Said the petrelsPasserines lit up like a light bulb and said “I know how we can do this…. Us birds all have a talent and that is singing.We can sing to the sky and maybe if the gods like us the can give us some colour”

The birds happily agreed with the plan and they decided tosing tonight up on the rooftop so the gods can hear thevoices better.

That stormy night the rain was beating down to the dirt. Allthe birds flew up to the rooftop after hours of rehearsing their favorite song to perfection they decided to sing it.

On the count of three they sang their hearts out. Some of thebirds had instruments. Their was the sticks and the shaker to outline the beats.The Emu started the song then the other birds, making thechorus followed after. Two verses into the son the birds heard “ding”

A shine across the sky began. The birds saw the most beautiful thing they have every seen. It had so many bnrightand vibrant colours that the birds didn’t even realise that itwas dark. A deep voice said “ This song is amazing, it was sogood that I have granted your wish

All the birds cheered in a high and cheerful voice “Thankyou”

“what should we call it, maybe something like rainbow sinceit looks is as colorful as a bow and it is raining”